South Pasadena and the Tournament of Roses Parade

in   Homes for sale, Real Estate Resources, South Pasadena, Things to Do
0

Get ready for next year’s Tournament of Roses in Pasadena, California on January 2, 2017 at 8:00 am Pacific Standard Time. The Rose Parade will be turning 128-years-old! This year, South Pasadena will be putting together the float Never Give Up, designed by South Pasadena resident Anne Mueller. The design features the classic story of the tortoise and the hare. 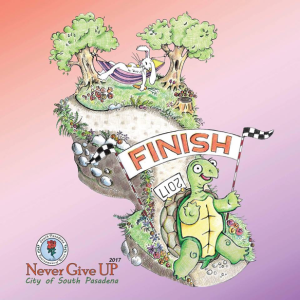 The Tournament of Roses and the Rose Bowl Game have been an American New Year’s celebration since 1893. Remember, the event never takes place on Sundays, because in the 19th century, residents’ horses that were parked on the street outside of churches would have been disturbed by the parade. The Rose Bowl Stadium is home to the rose bowl, which is the college football game known as “the granddaddy of them all,” since 1902. 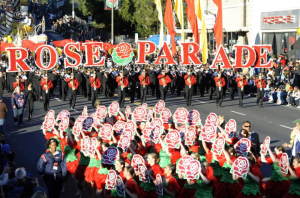 If you’re in the South Pasadena area, you can visit the All-America Rose Selections’ test gardens at the Tournament House. There are also exhibits in the house on the history of the Rose Parade.

For the 2017 Rose Parade, the theme Echoes of Success has been selected by Brad Ratliff, the President of The Tournament of Roses Association. Every year, there is also a royal court of the parade, the queen and king, and a Grand Marshal. Last year’s Grand Marshal was Ken Burns, the documentary filmmaker. 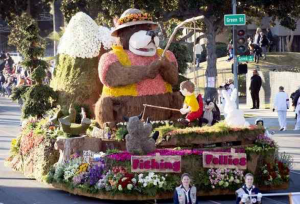 To help raise money to create the float each year, The South Pasadena Tournament of Roses Committee puts on fundraising events in the community. The events for the 2017 float include Wine & Beer Tasting, a Golf Tournament, Cruz’n for Roses Hot Rod & Classic Car Show, and Crunch Time Party.

Look for tickets to these fundraising events on the South Pasadena Tournament of Roses website here: https://www.sptor.org/. You can also assist in decorating the float! Look for details on volunteering on the website as well. The float is decorated and constructed with the assistance of volunteers. Additionally, the public can submit float designs through the website.

If you are interested in buying or selling a home in South Pasadena, visit Real Estate Unlimited, a real estate agency servicing Los Angeles and surrounding cities. We are available to assist you in finding a new home, and we have listings in Echo Park, Silver Lake, Los Feliz, Eagle Rock, Mt. Washington, Highland Park, Elysian Park, and more.